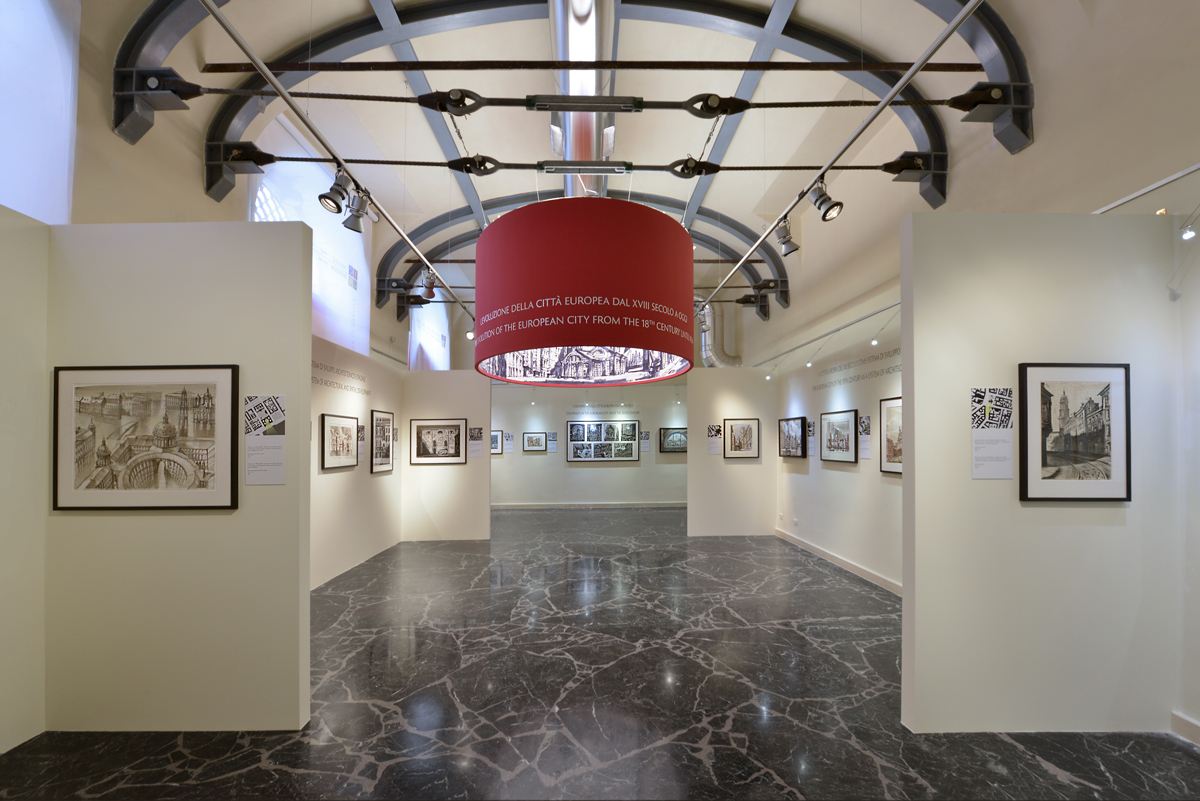 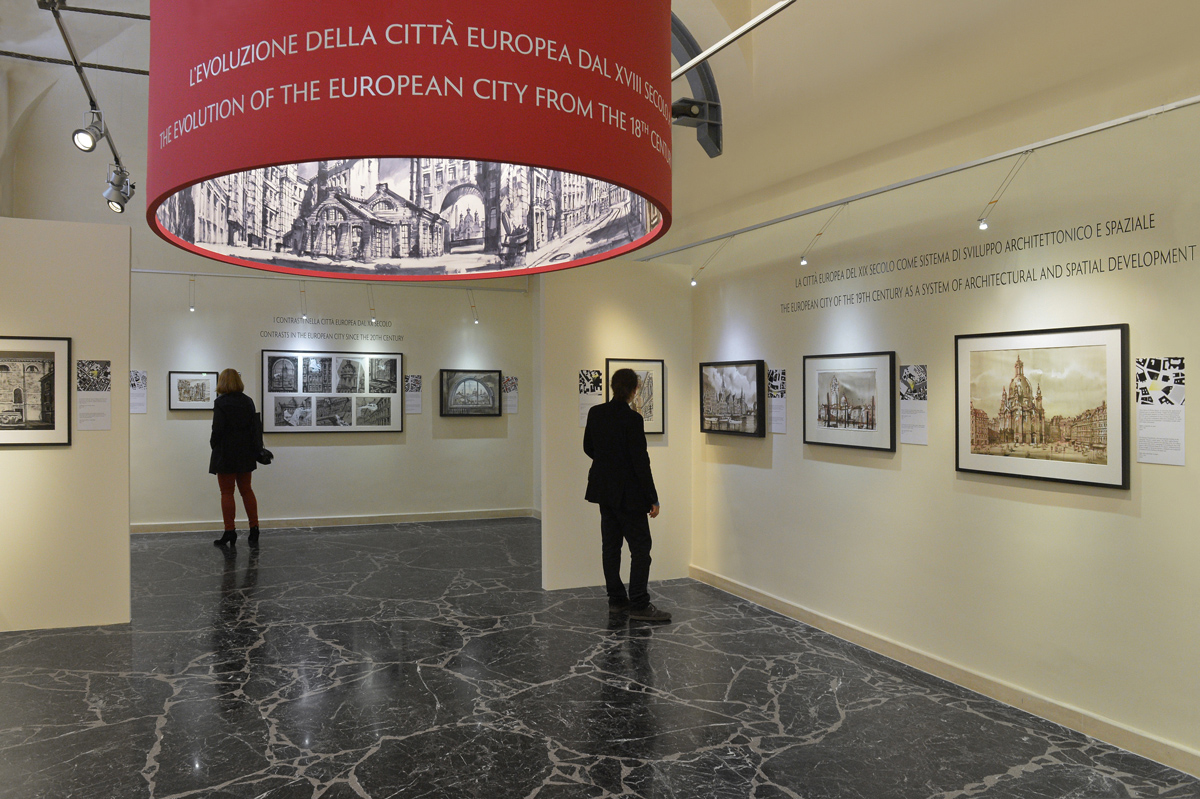 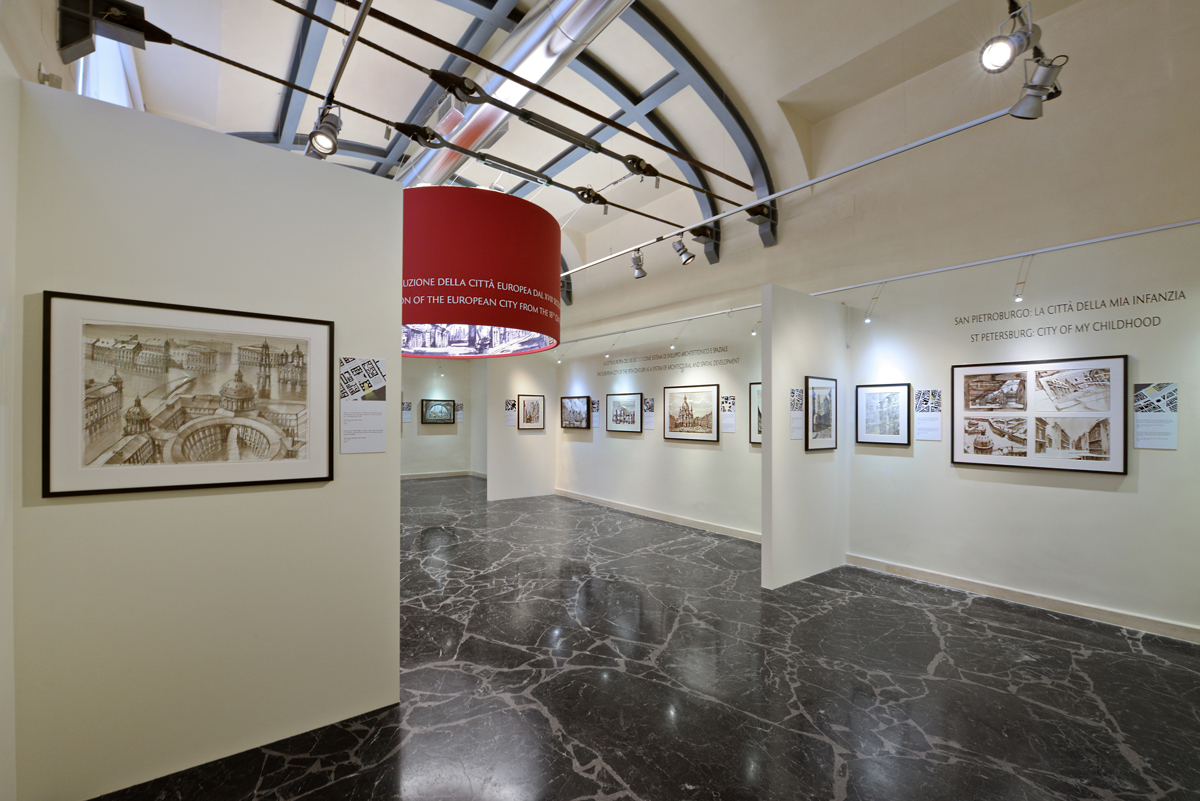 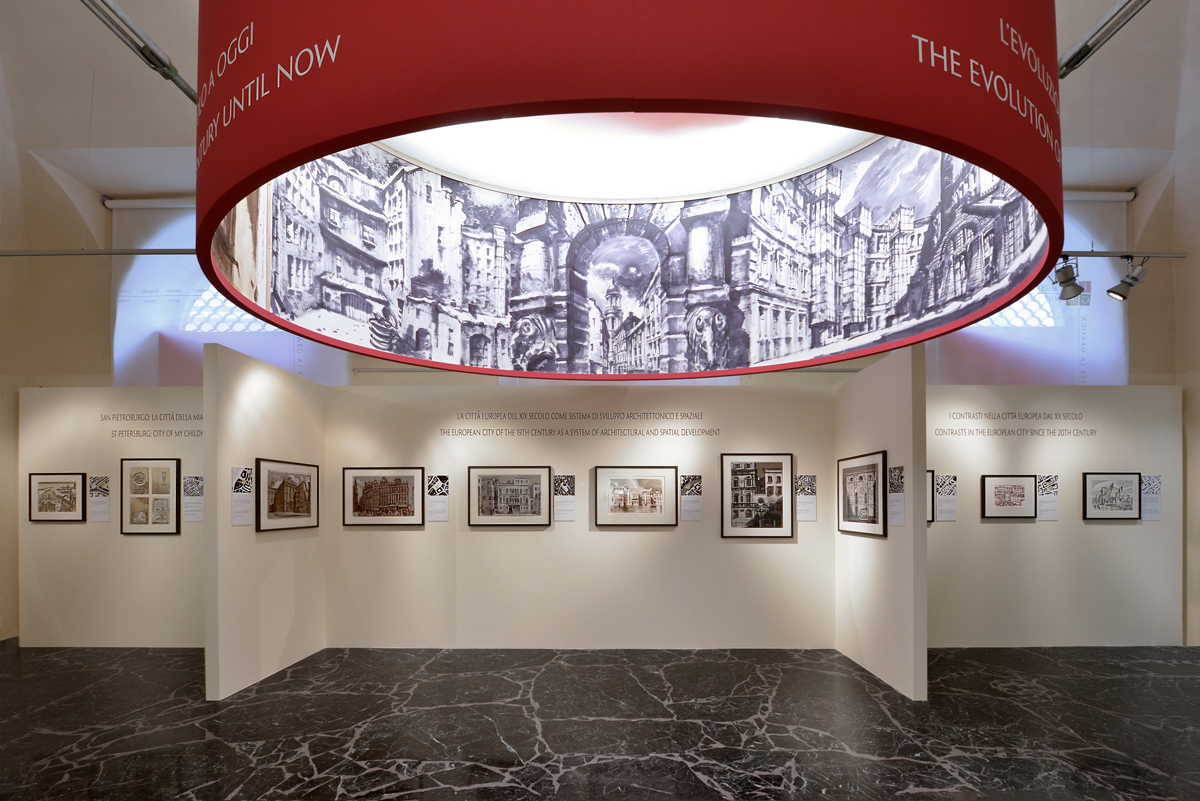 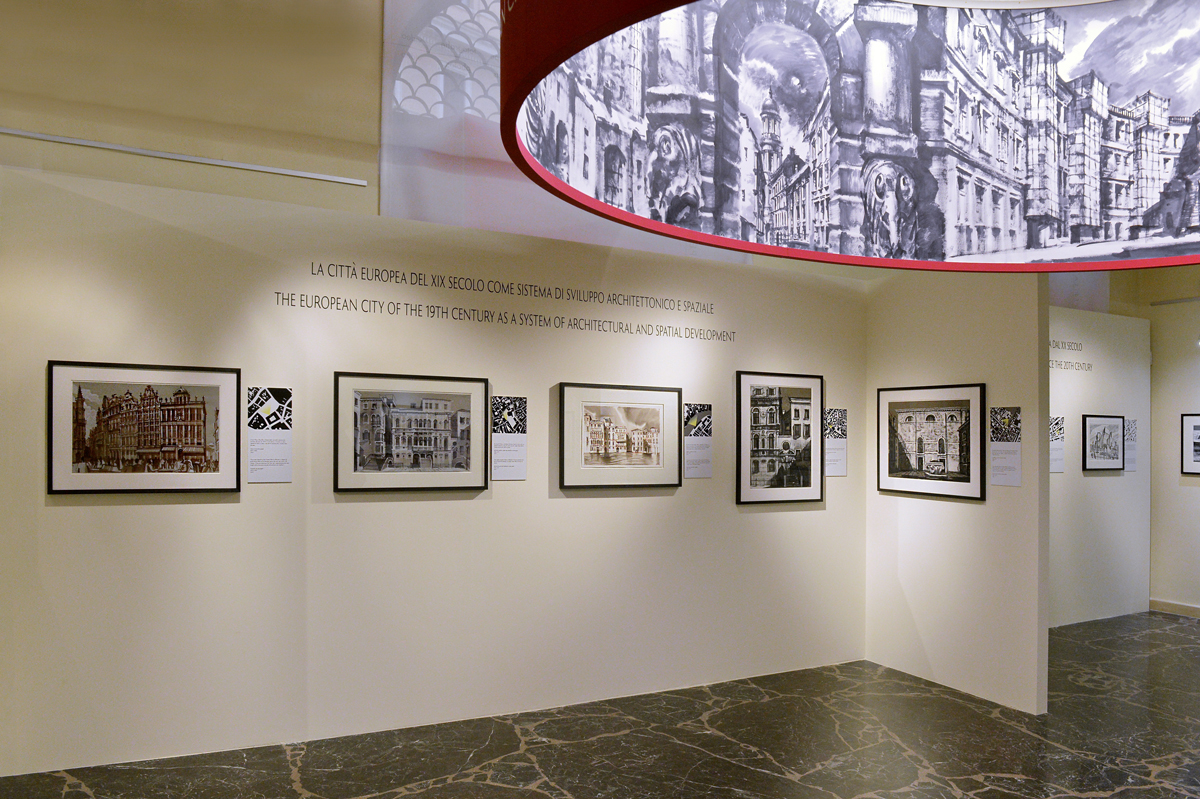 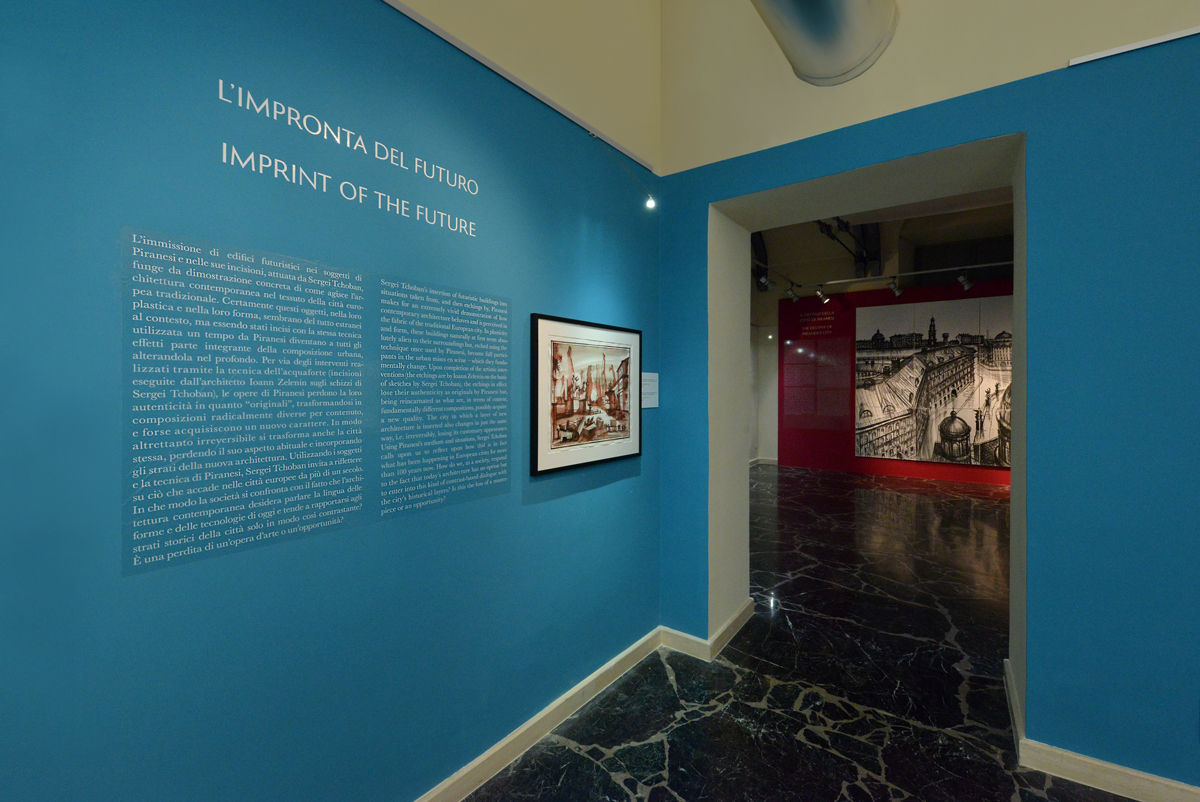 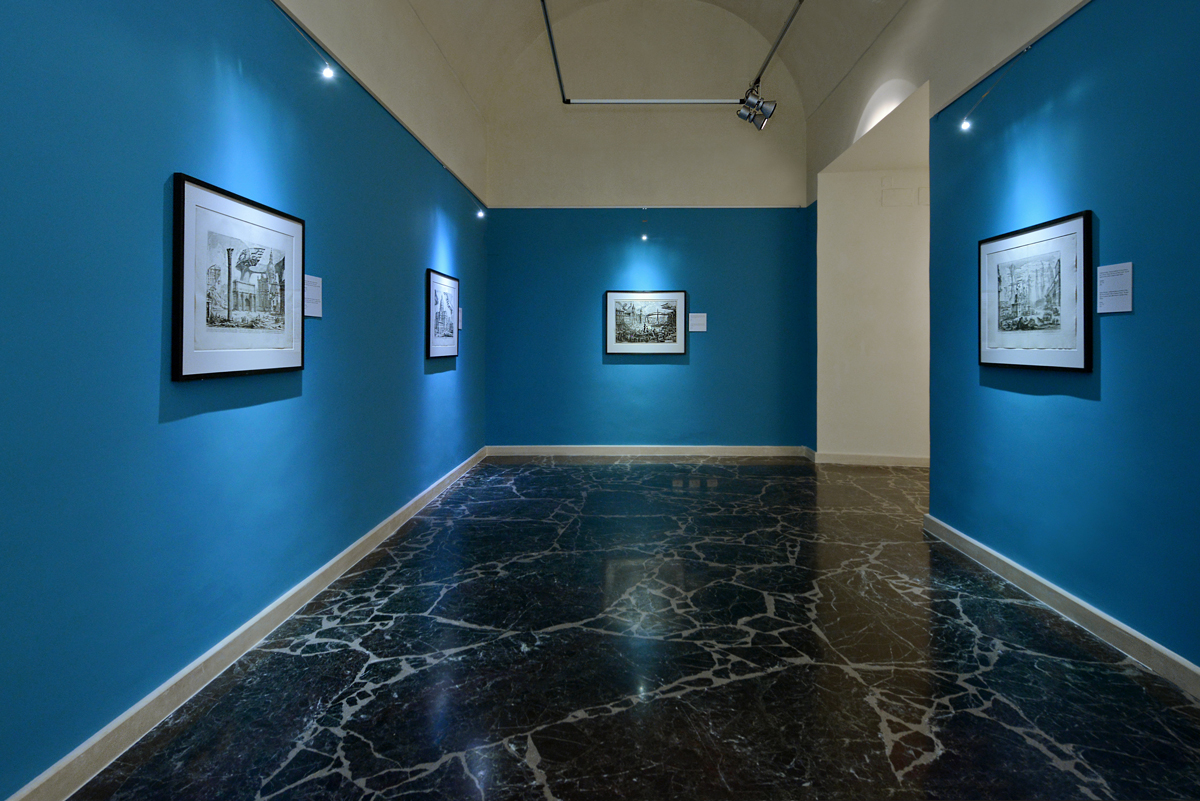 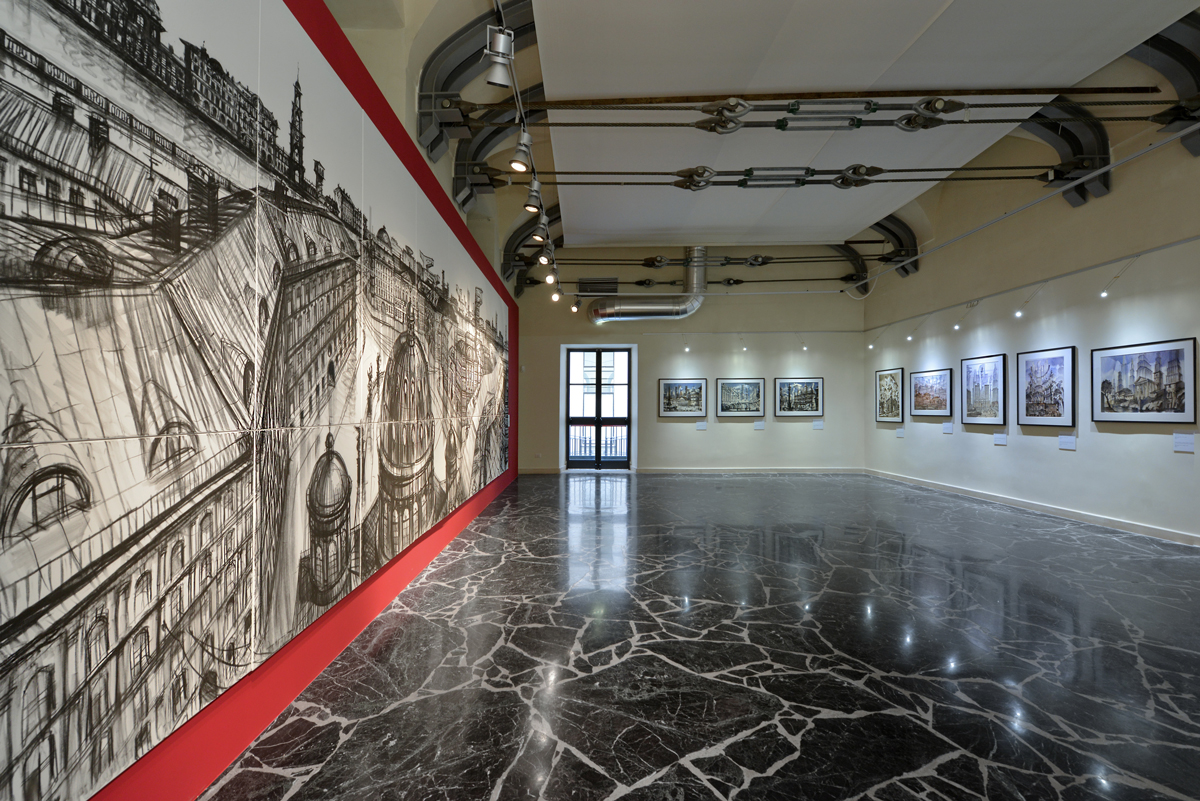 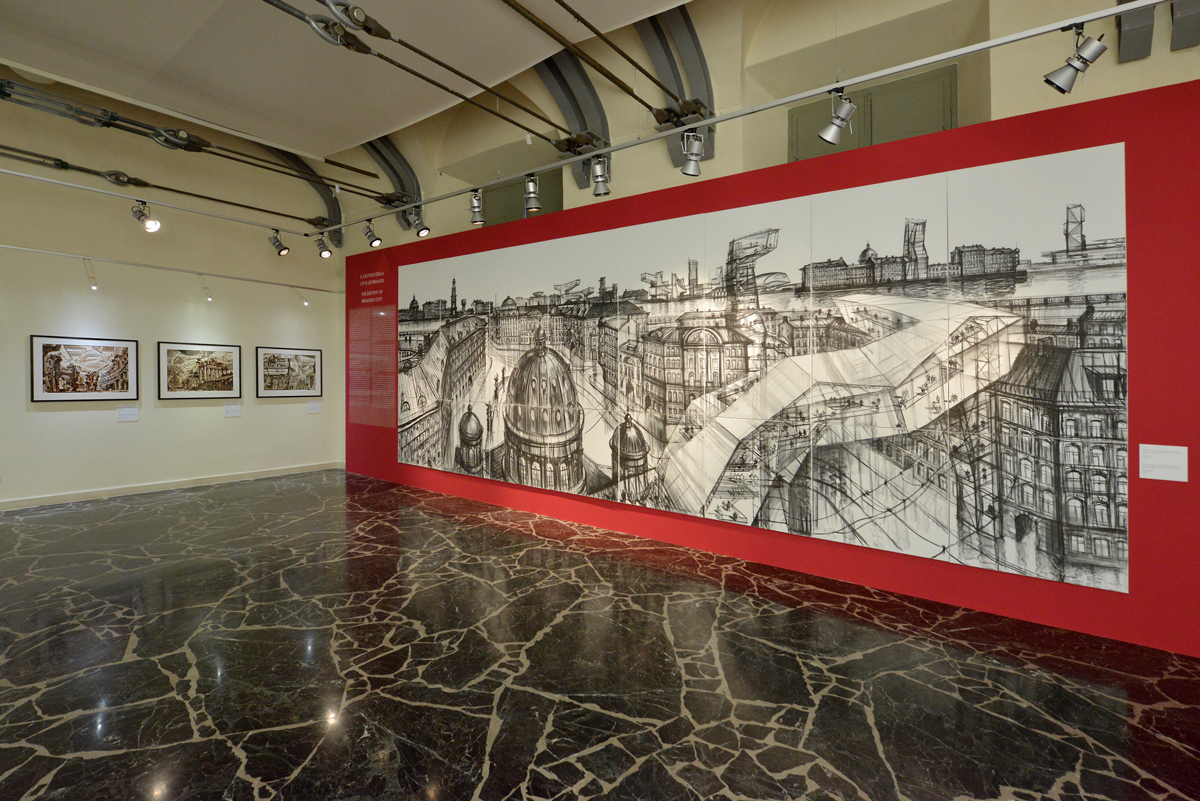 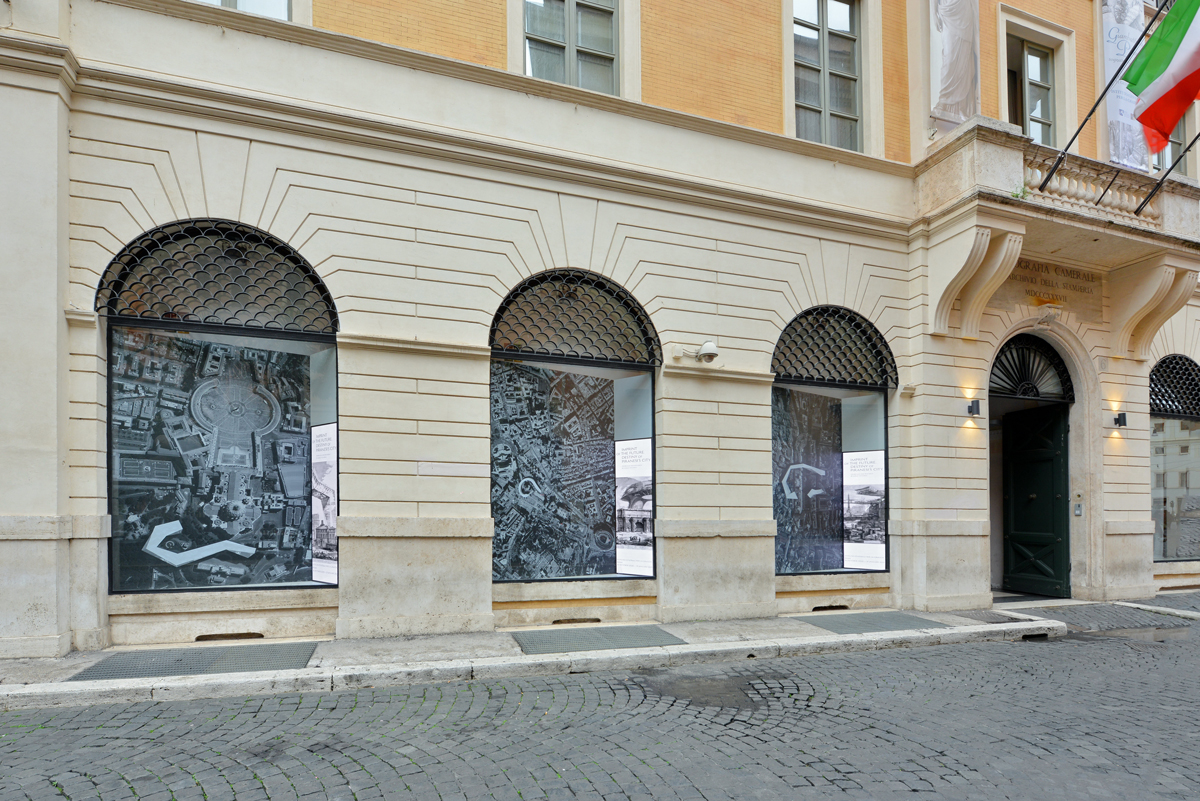 IMPRINT OF THE FUTURE. DESTINY OF PIRANESI`S CITY
EXHIBITION AND RESEARCH BY SERGEI TCHOBAN
ISTITUTO CENTRALE PER LA GRAFICA, ROME

The Istituto Centrale per la Grafica in Rome and the Museum for Architectural Drawing in Berlin present an exhibition by the architect and draughtsman Sergei Tchoban. A native of St Petersburg who has organically absorbed the harmony of this city’s proportionality and similitude, Sergei Tchoban has always striven to understand the laws which govern the development of cities like St Petersburg and the great prototypes in whose image it was created. Is it possible to preserve these cities’ outstanding quality? And is it possible to pursue this quality today, at the current stage of development of architecture? These are the central questions posed in the present exhibition, which marks the 300th anniversary of the birth of Giovanni Battista Piranesi (1720 – 1778). One of the greatest artists of his time, Piranesi succeeded in capturing the development of the European city as a phenomenon which, despite many layers and internal contradictions, is nevertheless harmonious.

Until the principle of contrast, as a predictable consequence of technological progress, became a key vector in the aesthetics of architecture during the 20th century, the image of the European city was relatively homogeneous and, as a result, coherent – which is possibly the reason why we a priori perceive historical cities created earlier than the 20th century as harmonious ensembles and, in their best manifestations, as masterpieces. With the start of the 20th century and architecture’s acquisition of fundamentally new capabilities in creating building forms and surfaces, the process of introducing new strata into the urban setting became especially dramatic. But does this process really imply destruction of a masterpiece? This is the main question as far as the present exhibition (and almost every European city today) is concerned. It is a question which Sergei Tchoban sets out to analyze and answer – extremely expressively and polemically – with the help of architectural drawings.

The exhibition starts with drawings executed by Sergei Tchoban over the years. These drawings investigate the phenomenon of the traditional European city and the architectural and urban-design elements of which it is constituted. Images of St Petersburg, the city of Tchoban’s childhood, and numerous ‘canonical’ European cities (including Rome, Venice, Prague, Ghent, and Amsterdam) are succeeded by contrasting 20th-century architectural monuments resembling freestanding sculptures. These buildings’ dynamic forms, bold cantilevers, and a plasticity that seems to deny the resistance of the material are then followed by architectural fantasies which Sergei Tchoban employs as a means by which to look into the future. To begin with, in analyzing the development of the language of architecture that is characteristic of our time, Sergei Tchoban integrates individual emphatically futuristic volumes into the panoramas of streets in the European city. Subsequently, he transcribes these elements into 18th-century Roman situations recreated on the basis of motifs taken from Giovanni Battista Piranesi’s Vedute di Roma. Four of these fantasies are original prints of etchings by Piranesi into which elements of an architecture of the future have been inserted using the medium of etching (executed by the architect Ioann Zelenin on the basis of ideas and sketches by Sergei Tchoban). This insertion of futuristic buildings into situations taken from, and then etchings by, Piranesi is a vivid demonstration of how contemporary architecture behaves and is perceived in the body of the European city, a city based on the harmony of similitude.

Ruined masterpiece or imprint of the future? This is probably the principal question which the exhibition poses and to which it seeks an answer. Using graphic art and etching to stage the destruction of a monument (the original of a Piranesi etching), Sergei Tchoban initiates a discussion about whether this kind of integration is merely an act of vandalism – or a way of transforming a reproduction print (many European cities created by the mighty force of the harmony of similitude are indeed very similar to one another) into an original that exists as a unique copy. Are we destroying harmony or creating a fundamentally new type of harmony? Sergei Tchoban is sure that this painful transformation of the European city has been happening for at least 100 years and that society must finally work out how to relate to this process. Essentially, it is this that is Piranesi’s true legacy: a call to an honest conversation regarding the condition of the layers and parts that constitute the European city as a highly important piece of our heritage and at the same time a space for future development.

The exhibition is linked to the Piranesi exhibition in Palazzo Poli, “Giambattista Piranesi. Sognare il sogno impossibile”. Both art projects are dedicated to the 300th anniversary of the artist’s birth.